The Whitehall High School wrestling team is once again off to a great start with some outstanding performances the first few weeks of the season.

Next Tuesday, January 9, the Trojans will wrap up their home schedule for the season when they host the annual Whitehall Mixer scheduled to start at 6 p.m. in the Varsity Gym.

The team does not get a lot of chances to wrestle at home, so this is a great opportunity for local fans to cheer them on.

For those who may not have been to a wrestling meet in recent years, you will find not only a talented and hard working team, but a really well coached one as well.

Mark Nelson and Steve Sacry are two former state champions and their wealth of knowledge passed on to the team is visible each and every time they take to the mat.

The 2017/18 team is a mix of very talented returning wrestlers, and a hungry group of newcomers. 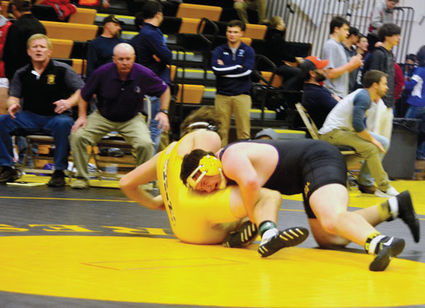 Dawson Hoerauf is a senior wrestler for the Trojans.

In their last meet of 2017, they dominated conference rival Anaconda and should be ready for their last chance this season to wrestle in their home gym.

The event will also serve as senior night for the Whitehall team, and it will be the last home event for Dawson Hoerauf and Kayden Howser. Much like they did for the Whitehall High School football team, the two have poured their heart and souls into the program and have both found success over the years.

I'm sure it would mean a lot to both of them to have a large crowd cheer them on the last time they wrestle in the Varsity Gym.

Good luck the rest of the way to the Whitehall High School wrestling team and keep up the hard work.