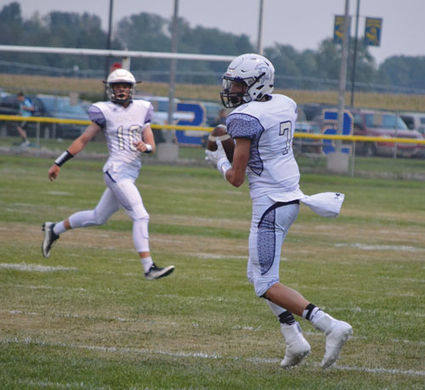 The Whitehall Trojans will be well represented at the 2018 Montana East West Shrine Game scheduled to kickoff July 21 in Great Falls.

Seniors Wyatt Alexander and Dawson Hoerauf were both selected to the West roster for the prestigious all-star game that raises money for the Shriner's Hospital For Children in Spokane. Fellow senior Braden Smith was selected as an alternate at the linebacker position.

Whitehall resident and Butte Central senior Zeb Antonioli was also selected as an alternate at offensive guard. Antonioli said it was an honor to be recognized for his four years playing football, adding it is both humbling and exciting to be selected. Antonioli will be attending Carroll College in Helena and has decided to not play football at the next level.

Whitehall head coach Dan Lacey said he was proud of how hard the three Trojan players worked to get where they are today.

"Having athletes selected to the Shrine Game is a great honor and something every senior hopes to be become part of. I remember being at the game last year and seeing all the support Whitehall brought there – that is what makes it exciting," Lacey said. "The thing I like most about the Shrine Game is the life lessons it teaches. It is much more than a football game and these young men that get the privilege of seeing that throughout the week. It's truly amazing how much of an impact this game has on people. It is something they never will forget."

One of the best all-around players in the state, Smith said even though he was selected as an alternate, it is exciting to have a chance to play in such a big game.

"I'm hoping that maybe I'll get a chance to play, but either way, I'll be there and it will be fun," he said.

Lacey said Smith absolutely loves playing football, and it didn't matter if it was practice, pre-game meals, or Friday Night Lights -- he would bring everything he had.

"Braden is one of the few players that can say they played offense and defensive line, running back and linebacker, safety and wide receiver. Throughout his four years with the football program he lined up in all of those different positions including punter and every time you knew that he was going to give it everything he had to help the team win," Lacey said. "His selfless acts led to a great Trojan career, and a true all around great football player. Braden is the type of player that you miss not only as a player but as a person as well. He makes other people around him strive for more and that all you can ask for in your players. I'm excited to watch him continue his career next year at Montana Tech."

After two of the greatest receiving seasons in Montana history, Alexander was selected to the team at the wide receiver position.

Alexander, who will play next season for Montana Tech, said it means a lot to be selected to the roster.

"To be able to play one last 'High School' game before college should be a blast. And not only do I get to play again but I get to play with some of the best players in Montana," Alexander said. "Football is my favorite thing to do and the fact that people picked me to play one more game with the best of the best means so much to me. Just thinking about it right now makes me more and more excited about it!"

Lacey said Alexander meant so much to this program in a variety of ways.

"He is extremely gifted athletically but throughout his career what I thought stood out even more than his athletic ability was his attention to detail. Wyatt would get doubled and triple covered during games this season and still found a way to break the receiving touchdown record for Montana with 19 and gained 1,441 yards. Some high school players don't see those numbers in an entire career. He was a very special player for us and he will always be remembered as an extremely gifted football player," Lacey said. "Wyatt had a great knack for learning a new skill in practice an instantly being able to transfer it to game situations. That is something that doesn't happen very often with high school athletes. One other thing that didn't go unnoticed about Wyatt was his team first mentally. He was a great leader because he lifted everyone up around him. When things would go wrong he was the one to build his teammates up when they were down. He was the first one to celebrate other teammates success when they did something well. Our team talks a lot about leaving the program in a better place when your done playing and Wyatt truly did leave his mark on this program as both a leader and a tremendously gifted football player. I can't wait to watch Wyatt at the next level next year at Montana Tech."

Hoerauf, who was also selected to the 2017 USA Today All-USA Montana Football team, said it was an honor to be selected.

"I always wanted to be in the game. It's a dream come true," he said.

Lacey said Hoerauf was one of the best linemen in Whitehall history. 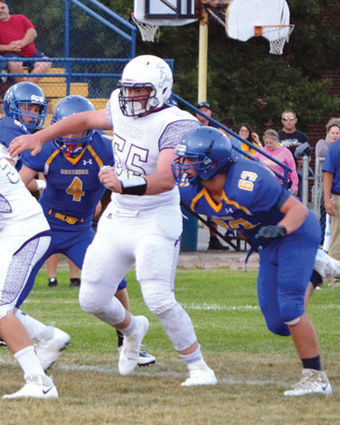 "His ability to dominate on both sides of the ball didn't go unnoticed by his teammates, coaches, and others who follow class B football. Dawson and I had a love hate relationship you could call it. I guess you could say he loved to hate me. He knew that I wasn't going to let him settle for just being bigger and stronger than most of his opposing players. He worked so hard on his foot and hand speed over the summer that really benefited him when taking on numerous double teams this season on defense," Lacey said. "One thing that I really was proud of was his maturation as an offensive lineman. This year he truly was on of the most dominate offensive linemen in the state. He really bought into being a two-way player this year and was a huge reason for our success over the last two seasons. Something I really appreciate from Dawson as well is he truly cares about his teammates. When someone is down he is there to build them back up. Dawson is great with younger teammates making them feel welcomed and accepted in the program. We are going to miss Dawson both on and off the field and it was a great four-year run for him. I look forward to seeing him play at the next level and am even more excited to see where he ends up next fall."