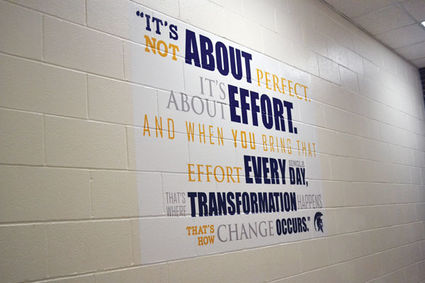 Pictured is one of the new wraps near the Varsity Gym.

While local students were enjoying Christmas break, staff members in the Whitehall School District were busy making visual improvements to the Varsity Gym.

According to Superintendent John Sullivan, several wraps were placed in the area around the gym during the break as a way to promote school pride. Two of the wraps feature inspirational quotes for students and community members, and the other features the entire Whitehall High School Class of 2017.

Sullivan said they originally came up with the idea after being approached by staff and community members about doing something with the wh...