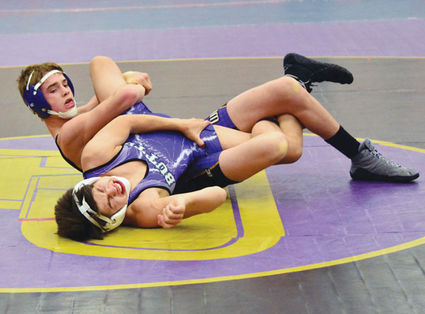 Trojans wrestler Dallen Hooever looks for the pin in Bozeman.

Assistant coach Steve Sacry said Johnson had a very good tournament with a 5-2 record in weight class of mostly Class A and AA wrestlers. Sacry said Hoerauf had an equally stacked weight class.

Sacry said on Saturday the rest of the team wrestled at a secondary tournament in Bozeman, with all the wrestlers not in the main tournament as well as the bigger school's junior varsity...