Lady Trojans battle to the end against Loyola 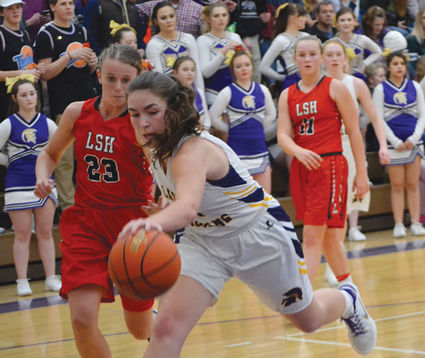 Dorothy Mastel goes for the loose ball against Loyola.

While they were unable to walk away with a victory, the Whitehall High School girls basketball team played some of their best basketball season in the second half of a loss Friday night against Missoula Loyola.

After trailing 25-14 at halftime, Whitehall would claw their way back into the game in the fourth quarter and closed to within 43-40 on a Hope Slater free throw with 4:45 left in regulation.

Following the game, head coach Kelly Nieskens praised the fight in his team after getting behind doub...