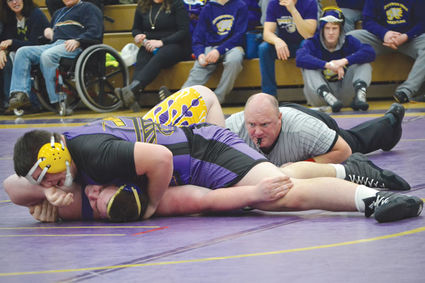 The Whitehall High School wrestling team had six wrestlers place on their way to a third place finish at last week's Choteau Tournament.

According to assistant coach Steve Sacry, the tournament featured 31 Class B/C teams, and Whitehall only finished behind Malta and Thompson Falls.

"That high of a placing requires a full team effort. I was proud of all the boys," Sacry said.