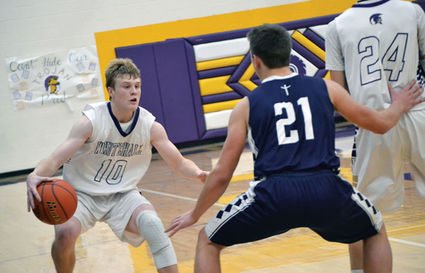 Max Feight had a game high 28 for Whitehall.

Trailing 16-10 at the end of the first quarter Friday night against Missoula Loyola, the Whitehall High School boys basketball team came out firing on all cylinders in the second quarter. The Trojans outscored the visiting Rams 18-4 in the quarter on their way to a 72-58 victory.

"That's the best defense we've had all year long. Holding a really good team to four points in a quarter is really good," McLean said.