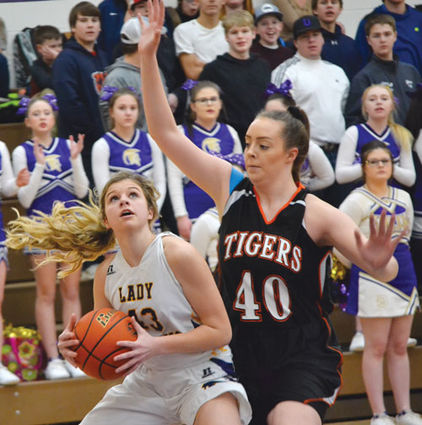 Anyone who has followed the Whitehall High School girls basketball team during the 2017-18 season has witnessed a fiercely dedicated squad that shows improvement each and every time they take the court. The Lady Trojans hard work came to fruition Thursday night when they picked up their first 5B District win of the season with a 55-45 home victory over Manhattan.

With only three regular season games remaining on their schedule, head coach Kelly Nieskens said this is the time of year the team really needs to start making a push towards the post season.

"Tonight was a great start. It's good to come out and play like this in the last home game, and hopefully this is the first win of many," he said.

After trailing 21-19 at half, Whitehall would come out strong in the third quarter, paced by the play of freshman Kendra Klapan whose timely play helped her team outscore the Lady Tigers 14-6 on their way to a 33-27 lead.

Nieskens said the third quarter has been tough for the team all season and coming out of halftime it has taken them a while to get things going. He added against really good teams you can't sit back at all.

After taking a six-point lead into the fourth, Whitehall would play one of their best quarters of the season with 22 points, 11 coming from sophomore Hope Slater.

"To finish that strong, that is what we have been missing most of the year. Shutting down a team and starting a run of your own is what makes a difference between the winning teams and the losing teams," Nieskens said. 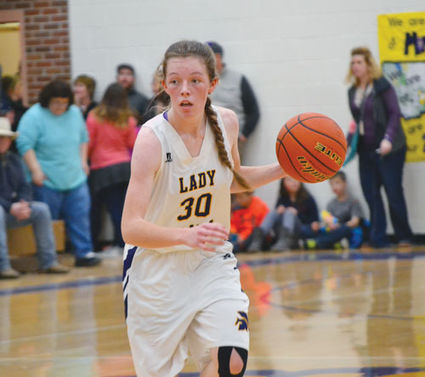 Slater, who joined the team in January, said it feels great to get the victory with a bunch of girls who really are starting to play well together.

"It took all the girls to get the win, but it felt good," she said.

The Lady Trojans were lead in the first half by sophomore Asha Noyes, who scored 13 of her team high 17 points in the opening two quarters. Klapan finished with 12, Slater had 11, Dorothy Mastel had nine, Allee Scafani added five and Macee Patritti finished with one point.

The Lady Trojans will next play Friday night at Gardiner.

"I think the win gave us a lot of momentum and is the start of something we are all really excited for," Slater said.