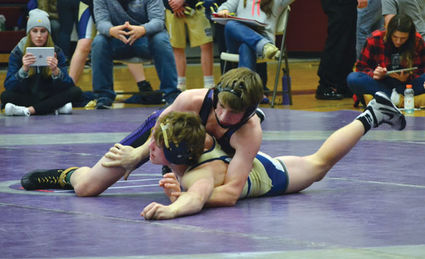 After a successful regular season, the Whitehall High School wrestling team proved they will be a force to reckon with during the postseason.

The Trojans will next compete Saturday in Columbus at the Southern B/C Divisional Tournament.

Senior wrestler Dawson Hoerauf said he has high goals for both the team and in his division. He would like Whitehall to win the team title and to win his second divisional crown at 285 pounds. He won a divisional title in 2016 and finished second in 2017.

His teammate, junior Connor Johnson is a two-time divisional champion.

"The boys continue to work har...