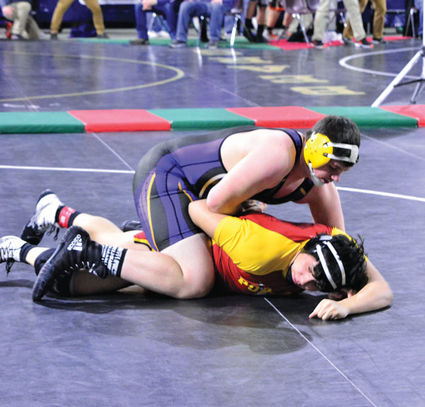 The Whitehall High School wrestling team wrapped up a strong 2017/18 season with two Trojans placing at the State Wrestling Tournament at the Metra Park in Billings.

Senior Dawson Hoerauf ended his storied career with a second place finish at 285 pounds, and freshman Dawson Powers ended his first year with the team finishing fifth at 103 pounds.

"We had a good finish to a great year. It's fun to look back over the struggles and accomplishments of the wrestling season. The athletes have progressed in their wrestling skills and development as young men," assistant coach Steve Sacry said. "T...