Longtime Whitehall resident, Norine Theresa Dixon, 75, died unexpectedly Sunday, Feb. 18, 2018, at her home. She left this world the way she lived – without a fuss. Norine was born Oct. 4, 1942, to the late Alice (O'Brien) and Emmett Burke at St. James Hospital in Butte. She was raised on the hill on North Franklin Street, graduating from Immaculate Conception Grade School and Girls Central High School. As a young girl, her deep faith led her to the convent, but she couldn't keep the vow of silence and never made the final commitment. God had other plans. Her true calling came when she met Duane Dixon, a soft-spoken Butte guy, as steady and strong as Norine.

Anyone who knew Norine knew that she had only one speed -- high speed. She was always on the go. For years she worked as an aide at Whitehall School. She ran study hall and in-school suspension. She ran a tight ship. After they were grown, many of those kids who had been in detention came back to thank Norine for keeping them on the right track. She was a leader in B-Y's 4-H Club where she earned the nickname "Sarge", a title that stuck. She volunteered at the Ladies' Auxiliary Country Store, a nonprofit second-hand store where proceeds go back to the community and provides scholarships for Whitehall youth. For Norine, it was all about the kids. She was a cornerstone at St. Theresa's Catholic Church where for years she taught catechism. She never missed mass. Some people are born caregivers. From the time she was a child, Norine was the rock for her family. She was the kind welcome face for anyone who was lonely or forgotten; a cherished mother, sister, and friend. She cared for many family members through the years, especially her little brother, Jim. Don't be sad, Jim. Your sister shines all around you, watching over you, keeping you safe. 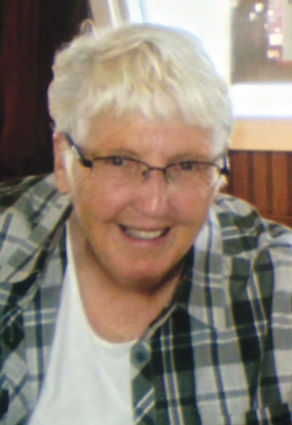 Norine was proudest of her Irish heritage and her family. Norine and Duane celebrated their wedding anniversary in Ireland where Norine kissed the Blarney Stone. Her sons, DJ and Dan credit their mom for teaching them morals and ethics. By example, she taught them to be good husbands and fathers. She may have instilled strict disciple on her sons, but with her grandchildren she was jelly. She spoiled them rotten. Her grandchildren will always cherish memories around grandma's house.

Norine's funeral mass will be celebrated at St. Theresa's Catholic Church in Whitehall on June 1st at 10 a.m. Donations may be made to the Montana Special Olympics.