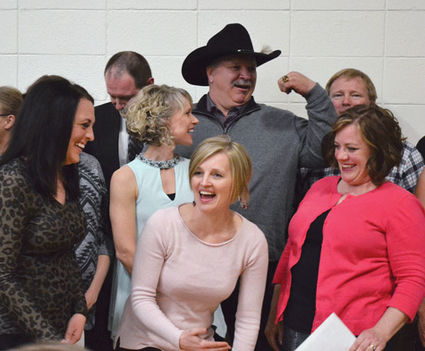 There were plenty of smiles at the 2017 ceremony.

The Whitehall High School Athletic Hall of Fame will enshrine its third class, the Class of 2018, later this month.

The Induction Ceremony will take place Saturday, March 24th from 6:00 p.m. to 10 p.m. at Whitehall High School Varsity Gym in Whitehall. Doors will open for dinner at 5:30 p.m.

The public is welcome but RSVPs are required no later than March 15th. RSVPs can be sent via email to chairmanwhshof@gmail.com or by calling (406) 396-3556. Cost is $12 per meal for adults and $9 per meal for kids seven and under. Meals can be paid at the door.

This year's class features athletic director, Dan Reum, who served for more than 25 years from the 1970s through the 1990s.

This class will also induct long-time contributor Dr. Gayle Sacry. Two teams are highlighted in this class; the 1978-79 State 3rd place Wrestling team, and the 1990 Boys Basketball State Runner-up team. It also highlights five outstanding athletes, including Shane Shaw and Frank Sholey, wrestling standouts from 1975 to 1980, and sisters Keli and Kietra Mabbot, along with Heather Smith, stars of the powerhouse girls Volleyball teams of the late 1990s. Most of the athletes were stars in numerous sports but are listed above by their primary sport.

"We are pleased to announce the third class of inductees into the Whitehall High School Hall of Fame for 2018," said Hall of Fame committee chairman Mike Hedegaard '82. "The combined 2016, 2017 and 2018 classes represent members who participated in WHS athletics during every decade from the 1930s, through 2010.

The Class of 2018 was selected by a special committee, comprised of former WHS athletes, coaches, administrators, teachers and community members. This class of inductees will join the classes from 2016 and 2017 that included nine teams, three coaches, fourteen athletes and one other contributor.

The Hall of Fame display resides in the trophy cases outside of the WHS main gymnasium.

The WHS Athletic Hall of Fame, founded in 2015, has a mission to identify and honor the outstanding accomplishments of former athletes, coaches, administrators, teams and contributors of WHS. 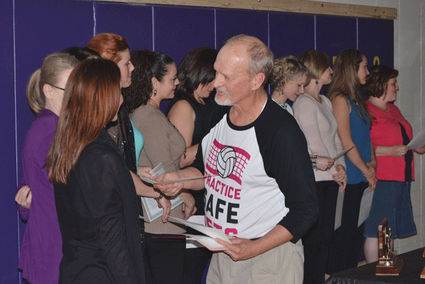 Brent Mabbot was the inducted into the hall in 2017 as a member of 1997 state runner up volleyball team.

Athletes are eligible for nomination 10 years after their class's graduation. Such athletes must have competed in a WHS-sanctioned varsity sport and must have excelled in such sport. Among the accomplishments taken into account will be individual (State Champion, Division Champion, all-District, all-Conference, all-Division, all-State) and team accomplishments, individual school or team records held, and impact on teams and the overall athletic program at Whitehall High School during their era and accomplishments thereafter.