Fund set up for Todd

A fund has been set up at Rocky Mountain Bank to assist the medical expenses for Erik Todd.

The former Cardwell resident was seriously injured in a snowboarding accident earlier this month in Utah.

Local residents are being asked to donate at the bank located at 101 East Legion Avenue. Out of area residents can donate by visiting https://www.youcaring.com/eriktoddorlynnettegreenmother-1124928.

A Facebook post from his father John said Erik was involved in a significant snowboard accident on March 4th. He said Erik hit his head on a tree, resulting in a fractured skull.

"A portion of the fractured bone severed an artery. Following several hours of consciousness, he started to lose function. The friend he was snowboarding/snowmobiling with on public land took him to a rural hospital where they conducted a quick CAT scan and determined he needed life flighted to Provo, UT. Upon arrival, he was immediately put into surgery where the repaired the artery and put in a drain to relieve the pressure inside the cranium. They then stabilized him by putting him into a drug-induced coma. On Tuesday, March 6th, the morning CAT scan showed a portion of his left temporal lobe was dead. This portion was exasperating the swelling and expounding the inner cranium pressure. The lead neurosurgeon determined they needed to remove approximately 4.5 centimeters of this lobe. Since this procedures, the medical staff has diligently worked on controlling the inner cranium pressure to the lowest possible level by draining excess spinal fluid from the cranium, putting him in a hyperventilated state to keep the partial pressure of CO2 reduced, running a sodium solution through his blood to pull liquids from the body, using other medications to try and pull liquid's and keeping him in a sedated state," John Todd wrote on his Facebook. "As of today (March 10), Erik is stable. Although he is still in a coma (very little sedation and more his own brain keeping him in this state), he does show response to pain simulations. Also, there is still a lot of swelling in the brain which has caused it to shift from its centerline and compress the right side of the brain. Per the neurosurgeons, they expect the swelling to peak anywhere from 5-10 days after the incident. We are in day 7 and hoping we are almost through the peak period." 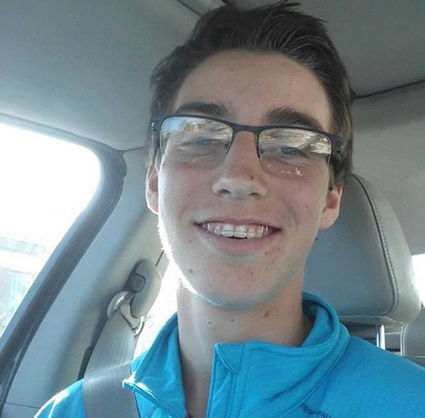