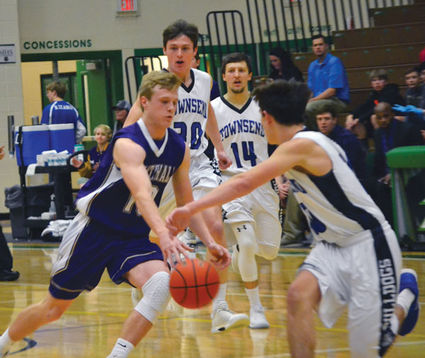 Max Feight runs the fast break at the 5B District Tournament in February.

"I'm so proud of both of them. They are both very coachable and great young men. They have both put in gym time and it is great to...