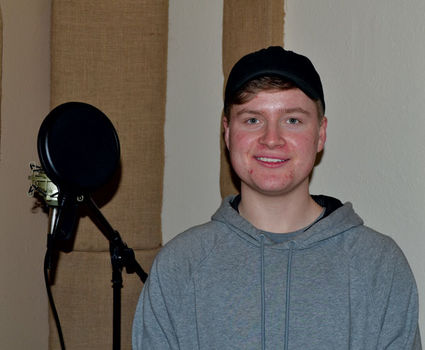 Pictured is Whitehall musician Dawson Lanes in his music studio. Lanes and local resident Samara Brunet will be competing next week for the title of Mining City Star.

Two local residents will be vying for the title of Mining City Star during the final round of competition April 7 at Fairmont Hot Springs.

11th Grade Whitehall student Dawson Lanes will be competing in the 13 to 17-year old division, while college student and 2016 WHS graduate Samara Brunet will be aiming for the title in the 18 and up category. A total of $4,000 in prizes are up for grabs at this year's event.

The musical competition was founded in 2010 by Natasha Richter and Patty Clements. In an interview last year, Richter said while growing up she would have to travel all over Montana...