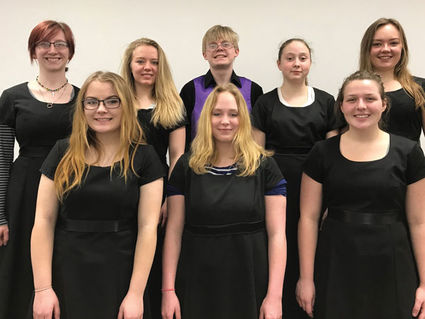 Pictured are members of the Whitehall High School Choir.

Whitehall High School Choir and Band Members will be competing April 13 and 14 at the District Music Festival in Anaconda.

Musical Director Janet Heilig usually begins preparing students for the festival at the end of January, the beginning of the second semester.

"However, I begin my preparation in October by choosing music for the larger groups when I am at convention. I also begin a list of solo possibilities for specific students," she said.

While music students are required to participate with their performing group (band or choir), Heilig said preparing a solo ensemble is their choi...