Lou Ann Masinelli of Whitehall, Montana (age 71) went home to be with her Heavenly Father on March 28, 2018. She lived every moment she was given with grace and gratitude.

Even though she was diagnosed with Uterine Cancer in August of 2012, her Faith in God never faltered. Her love for her family, friends, students, dogs, and Seaside, Oregon kept her motivated and happy during her battle. Lou Ann enjoyed traveling, gardening, and putting together puzzles.

Lou Ann was born in Washington, Missouri on January 1, 1947.

She was the first of three children to Herman Scheer and Elda Walkenhorst. She began her college education at St Paul's College in Concordia, Missouri, graduating in 1967, continuing at Concordia Teacher's College in Seward, Nebraska. She graduated, in 1969, with a degree in Elementary Education. She met the love of her life, Donald, at Concordia and they married on February 1, 1969. While Don served in Vietnam, she started her teaching career in Peoria, Illinois where she taught for six months. She then began teaching Kindergarten at Beaufort School, in September of 1970.

The Summer of 1979 they moved their family to Cardwell, Montana. Lou Ann got a teaching job, in January of 1984, at Cardwell School. She had many accomplishments over the years there, including having been given the responsibility of creating and instituting a Kindergarten curriculum. This continues to give many students a wonderful start to their education. The first few years, she taught a combined class of Kindergarten, 1st,and 2nd grades and later transitioned to only 1st and 2nd grades. She also started the tradition of serving a community Thanksgiving meal, which is anticipated and enjoyed by the Seniors of the community. Lou Ann retired in June of 2014.

Lou Ann was proceeded in death by her parents. 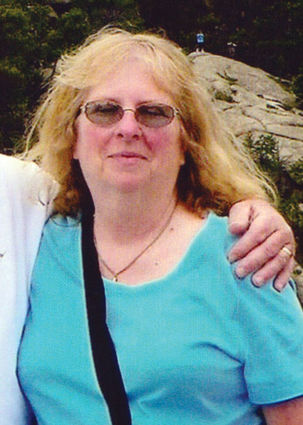 Special Thanks to: Dr. Hueftle and Dr. Nash at St. James Healthcare, Dr. May, Dr. Koeplin, Eileen, and the Angels and Nurses at Bozeman Cancer Center, Dr. Gibb at the Billings Clinic, Dorothy and Nan at Compassus Hospice, Special Friends: Britta Oliverson and Nancy Veca and a Very Special Friend: Sally Kreis.

A Memorial Service is planned with Pastor James Mavis officiating at the Cardwell School on April 21, 2018, at 11 :00 a.m. The family suggests, in lieu of flowers, any donations may be made to the Cardwell Centennial Celebration: Cardwell School, c/o Cardwell School Clerk, 80 MT Hwy 359, Cardwell, MT 59721, as this is an event that was very important to Lou Ann (or to the charity of your choice).