Lacey to coach in Shrine game 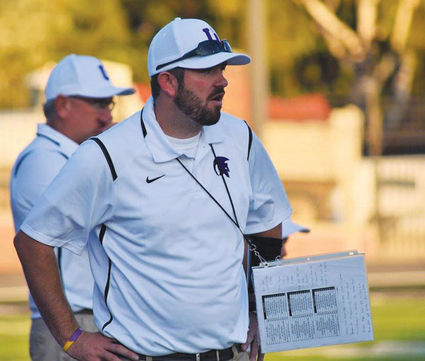 For the past two seasons, Whitehall High School head football coach Dan Lacey has set a high bar for the program with 20 victories, including a run to the state semifinals in 2016.

He was recently recognized by his peers for the tremendous accomplishments achieved by the Trojans during his four seasons as head coach. Lacey was named to coach in the 2018 Montana East West Shrine Game in Great Falls. Lacey will join seniors Wyatt Alexander and Dawson Hoerauf -- who were selected to participate in the game. Senior Braden Smith was also selected as an alternate.

"My first reaction when I...