Cardwell 100th Anniversary: A big party for the entire community

With the Cardwell School 100th Anniversary Celebration a little over two months away, event organizers want to spread the word that the August 4 event will be a big party for the whole community.

Arcylle Shaw said no one is excluded from the event, and encouraged those near and far to make plans to celebrate the anniversary. Registration information can be found by searching on Facebook for "Cardwell School 100th Anniversary Celebration" and letters will also be sent out.

Shaw said if residents have photos they can be added to the Facebook page, adding they also need help identifying some photos.

Students have also been working hard on a building a replica of the Town of Cardwell in 1918 and this will be on display August 4. Anyone with questions can contact Shaw or Sally Kreis.

"There are many people working to make this day, August 4th, a success. How about you being a part of it?" Shaw said. 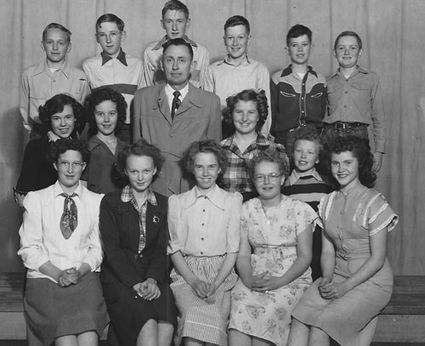