With two fights left on her UFC contract, Women's Featherweight Champion Cris Cyborg has a plan laid out for her next two opponents.

Fresh off a first round TKO over Yana Kuntiskaya at UFC 222 in March, Cyborg said she expects the first two be a fight against the winner of Megan Anderson and Holly Holm who are scheduled to fight June 9 at UFC 225 in Chicago. She then wants a "super fight" with Bantamweight Champion Amanda Nunes.

After beating Holm at UFC 219 in late December, Cyborg said she immediately called for a fight against Nunes at UFC 226.

"I picked July because I was adopting my niece and bringing her to live with me in the USA and the date worked well. When the UFC called me last minute to help save UFC 222 I asked them to get Amanda Nunes as my opponent. They couldn't get Nunes to fight and so I faced Yana Kunitskaya instead. Nunes went on to fight Raquel Pennington, but now she is injured and has up to a sixth-month medical suspension, so I don't know when this fight will happen," Cyborg said.

Currently 20-1 as a professional, she has also expressed interest in boxing, including a potential matchup against undefeated Cecilia Braekhus, who currently holds the WBA, WBC, IBF, and WBO World Welterweight Titles. 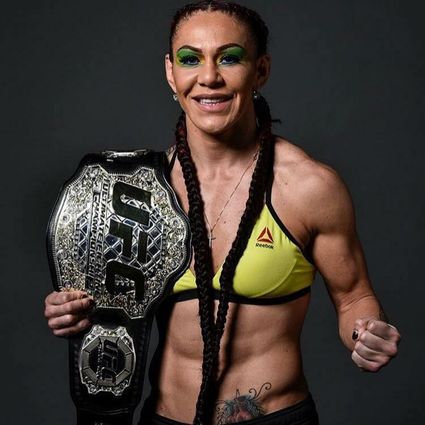 "I am always interested in challenging myself. I have competed in Brazilian Jiu Jitsu, Wrestling, Nogi Grappling, and Muay Thai," Cyborg said. "Boxing has always been a passion of mine and an opportunity to test my skills against one of the top women in the sport is the type of challenge that motivates me. If Cecilia Braekhus isn't interested in making the fight, I think Layla McCarter would be another exciting matchup for an MMA Vs. Boxing fight like the guys got with McGregor versus Mayweather. "

Before Cyborg finishes her already accomplished career, she hopes to continue to help create opportunities for other women.

"I am happy to see the UFC create a 145 pound season of The Ultimate Fighter, and think that when I am finished fighting, people will remember how I helped create an entire division for women to get an opportunity to safely compete in the UFC," she said.