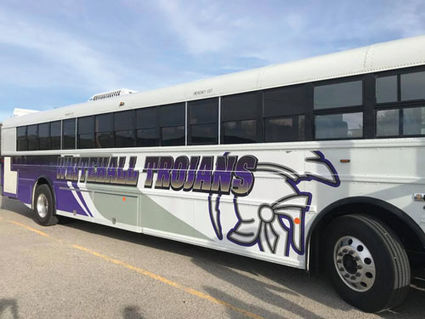 A little over a year after making the purchase, the Whitehall School Districts finally have their new activity bus.

At a Board of Trustees meeting last week, Whitehall Superintendent John Sullivan gave members a tour of the new IC Bus that was purchased through Harlow's Transportation.

After numerous delays the bus was supposed to be delivered in mid February, but Sullivan reported in March that it had been pushed back to May.

The new bus that will be used for athletics, activities, and field trips will seat 48 and was purchased for $166,000.

Among the first teams to utilize the bus wi...