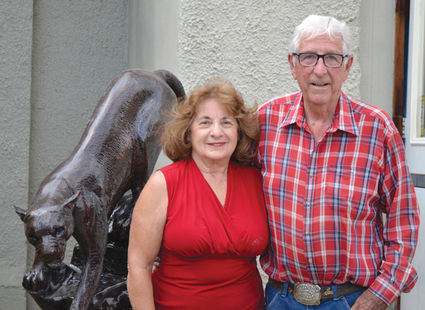 Buzz and Judy Cowdrey recently donated an aluminum Cougar to the Cardwell School.

In a little over a month, students from past and present will come together for the Cardwell School 100th Anniversary Celebration.

Among the former students is Buzz Cowdrey of Bozeman who started school in late 1940's. Cowdrey fondly remembers around 1952 when he and some classmates decided to come up with the idea of having a "Cougar" as the school's mascot. Years later a statue at Montana State University would give Cowdrey the idea of putting a permanent "Cougar" in Cardwell.

Buzz said when he saw the Sonny Holland Statue on Campus at MSU he decided he wanted to do something similar i...