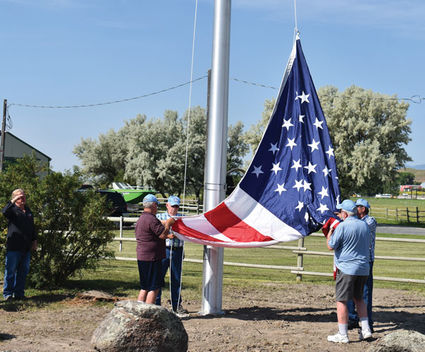 Local Veterans were on hand for a United States Flag dedication at Whitehall Truck and Towing. Business owner Kevin Brunet purchased the 15 foot by 25 foot flag.

Whitehall's Kevin Brunet has never been one to mince his words when it comes to discussing politics.

Embarrassed by the leadership in the County during the Obama administration, Brunet wasn't feeling too patriotic. With a change in leadership when President Donald Trump took office in January of 2017, he is once again pleased with the direction of the country and recently decided to do something about it.

Earlier this month, Brunet proudly began to fly a 15 foot by 25 foot United States Flag near the shop at his business Whitehall Truck and Towing.