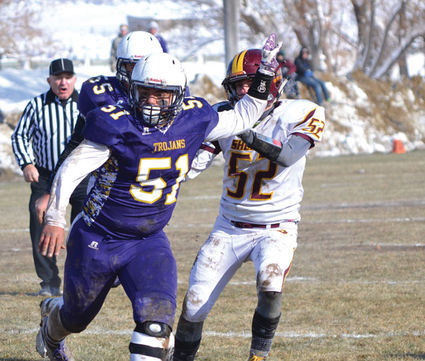 After helping build the Whitehall High School football program into one of the best in the Class B ranks, four Class of 2018 seniors will have one more chance to represent the Trojans this Saturday at the Montana East West Shrine Game in Great Falls.

Dawson Hoerauf and Kayden Howser will both play offensive line, Braden Smith will play tight end and Wyatt Alexander will play at wide receiver for the West squad.

Whitehall head coach Dan Lacey will also serve on the coaching staff for the West.

Lacey said Hoerauf will be a great addition to the offensive line for the West.