WILMA RUTH PATRICK passed away Sept. 15, 2018, in Helena, MT. She was born March 16, 1929, in Whitehall, MT. to Frank and Pearl Shrauger. After graduating from Whitehall High School, she married Robert "Bob" Patrick. Wilma and Bob lived in Butte, MT., Bridger and Whitehall, where Bob's job took them, until settling down on their acreage in Cardwell, MT. She was a housewife until she and her sister, Lois, set up their own ceramics business in the 1980s. After retirement, Wilma and Bob were snowbirds, spending part of the year in Overton, Nevada. She loved the outdoors, fishing, boating and camping with her family. She was a member of Eastern Star for all of her adulthood.

Wilma set the bar very high for the rest of us. She never complained, talked about other people or gave up. She could feed an unexpected group on an egg and air. 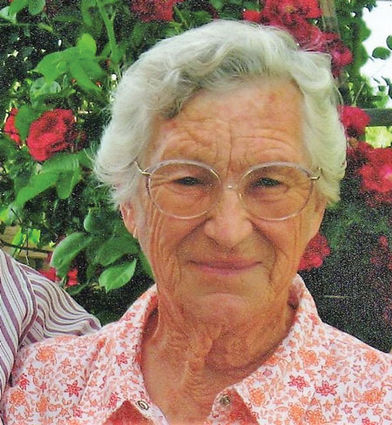 Wilma loved to get a map, hop in a vehicle and wander down unknown roads. She was curious about everything and organizer of everything. She was a born leader. Her attitude was always positive, never complaining when times were tough, when she was sad or ill. She showed us how to power through the most difficult times and how to embrace the good times.

At Wilma's request, there will be no services and cremation has taken place.