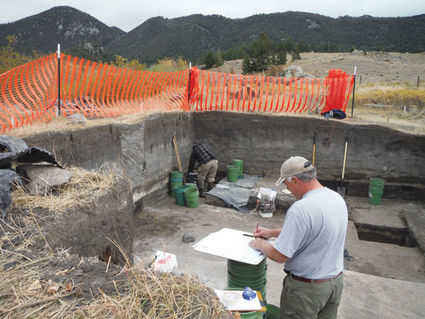 The Jefferson Valley Museum has been collecting the history of our valley for more than two decades. There are records of settlers from the mid-1860s forward. But, human habitation of the valley goes back thousands of years. An archaeological project in the northern Whitetail area has uncovered evidence of people living in this area as far back as 8500 to 8700 years ago.

The significant historical site was known decades ago and recorded in 1991. The installation of a fiber optic line around that time provided evidence that this site should be explored further. A planned federally funde...