Trojans look to rebound against Columbus 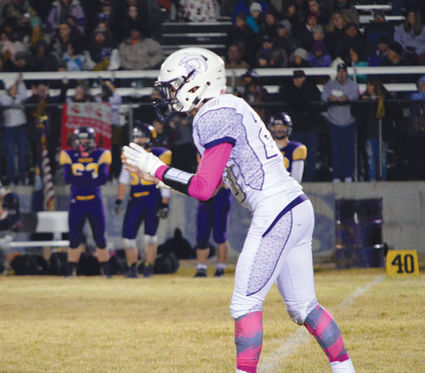 Connor Johnson readies for the snap against Jefferson High School.

The Whitehall/Harrison High School football team will look to rebound from a two-game losing streak October 12 when they host Columbus.

The Trojans will be coming into the game following a tough 22-0 loss at rival Jefferson High School in Boulder. Columbus (3-3, 1-3 Southern B) fell 34-0 last week at Manhattan. It will be the home finale and senior night for Whitehall.

"It's very important for the kids to shake off the loss and regroup for senior night. The Columbus game has a lot riding on a playoff spot. More than likely the winner of this week's game is in the playoffs. So it's a huge game for us as well as it being our Seniors last game at home," said head coach Dan Lacey.

Prior to the game, seniors Max Feight, Sawyer Keener, Steven Japhet, Connor Johnson, Cade Briggs, Clint Parks, Colby Smith and Eli Reynolds will be honored at the special ceremony. Lacey said this senior class has meant to much to the success of the program.

"Their commitment and dedication has led to so many victories over the course of their career. I want this group to find a way to get back to the playoffs one more time. The adversity and set backs they have had to overcome this season have been tremendous and a playoff spot would be a huge accomplishment for this group," he said.

Looking towards the Columbus game, Lacey said the Cougars have some good size up front.

"We have to win the line of scrimmage battle and keep their pass rush off balance," he said. 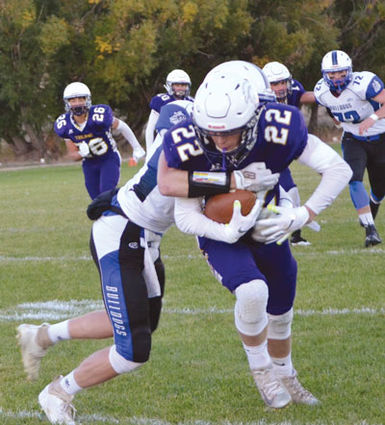 Cade Briggs has been one of the top receivers in Montana during the 2018 season.

It was not a great start for Trojans Friday night in Boulder as they found themselves down 16-0 at the end of the first quarter.

Prior to the game, Lacey said the team talked about valuing every possession and limiting pre-snap penalties and winning the special teams battles as keys to the game.

"We started out the exact opposite as planned and got down 16-0 quickly. I thought once our team calmed down they played very well especially on the defensive side of the ball," he said.

Lacey added Jefferson did a great job of winning the line of scrimmage battle.

"We talked all week about Jefferson's physical play and that we had to match their physicality. We struggled doing that for the majority of the game," he said.