Trojans still with shot at playoffs 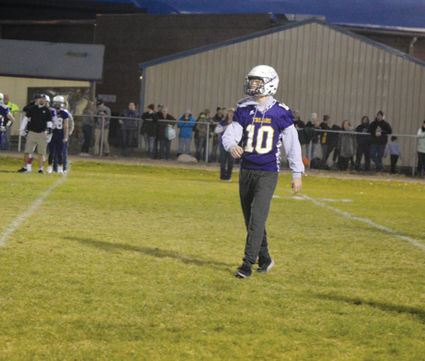 The Whitehall/Harrison High School Football team still has a shot at making a third straight trip to the Class B Playoffs.

The Trojans (2-6. 1-4 Sothern B) will first need to win their regular season finale Friday at Manhattan. Head coach Dan Lacey said the final spot has multiple scenarios including a four-way tie-breaker between Whitehall, Columbus, Three Forks and Jefferson. The Trojans lost their home finale Friday night 38-14 against Columbus.

It was a defensive battle in the first quarter with neither team able to find the scoreboard. That would change quickly in the second for Columbus who scored on the opening play of the quarter and scored two more times before half to take a 24-0 lead into the break.

"That's kind of been our big problem lately. We talked all week about how we can't go down two scores before we are ready to play football. We had that happen to us again," head coach Dan Lacey said. "We missed on some opportunities and in the end could not make the plays when we needed to.

Whitehall would not find the scoreboard until late in the third quarter when Evan Wagner scored on a four-yard touchdown with 1:26 remaining. After a successful two-point conversion the Trojans were able to quickly regain possession when Steven Japhet came up with the Eli Reynolds onside kick. The Trojans were unable to capitalize on the possession, but would get the ball back minutes later after stopping a Cougar fake punt on fourth down. Senior quarterback Connor Johnson would score the final Whitehall score of the game on a 30 yard touchdown run with 7:18 left in the game.

Lacey was pleased with the way his team fought to get back in the game. He said they were able to get the ball to try and cut it to a one score game, but fell a little bit short on offensive. Lacey credited Columbus for the defensive pressure. 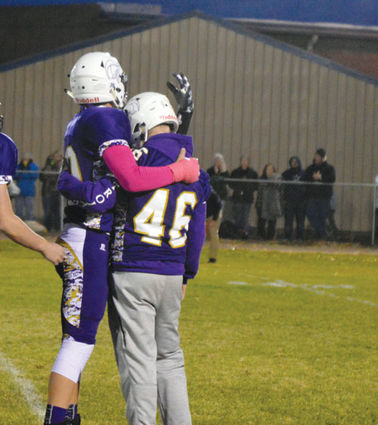 It was a special scene on the first offensive play of the game for the Trojans when injured seniors Max Feight, Colby Smith, and Sawyer Keener made their way onto the field one last time with their teammates. The three standouts would stand with their team until the play clock expired and the Trojans were flagged for a delay of game penalty that was declined by Columbus.

"I thought that was great. Those guys that went down with injuries have done so much for the program. For that to happen we wanted them to be okay with it and I thought it was cool they agree to it. It was a great way to honor how much work and dedication they put into Trojans football. I thought they needed a round of applause coming of the field the right way," Lacey said.

It was also the last homegame for seniors Connor Johnson, Cade Briggs, Eli Reynolds, Steven Japhet and Clint Parks. Lacey praised them for being great leaders.

"I'm extremely proud of their effort tonight. We never gave up. We just got out played at times," he said.