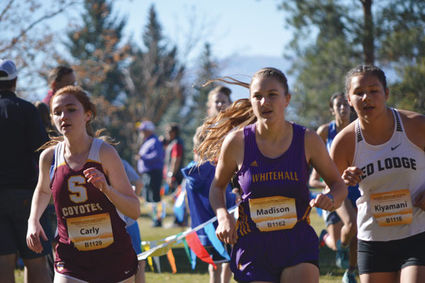 The season came to an end Saturday for the Whitehall Cross Country team at the State Meet in Missoula.

Whitehall head coach Kerry Sacry said all of the state times were slower than the kids had hoped.

"At state the kids like to set a PR and with the weather being as perfect as it was I think all they kids thought they could set their PR, and I don't think anyone did," he said.