After dropping their first two games of the season, the Whitehall High School boys basketball team put together a tremendous effort in their third contest picking up a 56-37 win over Ennis at last week's Manhattan Tip Off Tournament.

"We are a young team and we will go through some growing pains this year. The win really boosts team morale and brings a positive energy to our locker room," head coach Zach McLean said.

The Trojans came out of the gates early and took a 30-12 lead into the break. Whitehall was led in scoring by senior Clay Wolfe with 26 points. Senior guard Cade Briggs added 22 for the Trojans.

McLean said the team put a couple of new man offensive entries in and that really helped them.

"Cade (Briggs) got rolling early and that was great to see. I think we got a glimpse of what he can do offensively. He has to be a scoring threat for us. We moved Clay (Wolfe) around quite a bit so defenses can't sag and key so much on him. He played very well and made the right reads. Brendan (Wagner) being able to step up and make some shots really opens things up as well. Hayden (Hoagland) was also a nice spark for us, he had six blocks on the weekend," McLean said.

On defense, McLean was pleased with the effort.

"Our defensive rotation was very solid this weekend. I thought we dropped and moved to the level of the ball better. We just have to rebound better," McLean said. 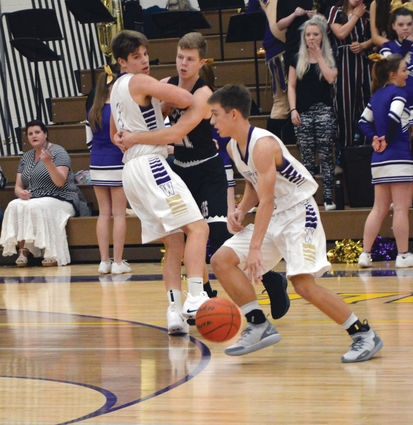 In their first game of the tournament, Whitehall fell 42-29 to Deer Lodge. Wolfe led the team with 14 points.

This week the Trojans will open 5B District play with a game Friday night at home against Three Forks. McLean said the Wolves are a top five team in the state that brings everyone back.

"They are the most athletic team in our league. They have a lot of firepower," he said.

On Saturday, the team will travel to play a Boulder team McLean said brings some athletes to the table and has some younger kids playing well.

"We are still focusing on us right now and I think that is important for us not to get caught up in what other teams are doing. We are a young group we are going to make mistakes we just have to correct them and move on," he said.