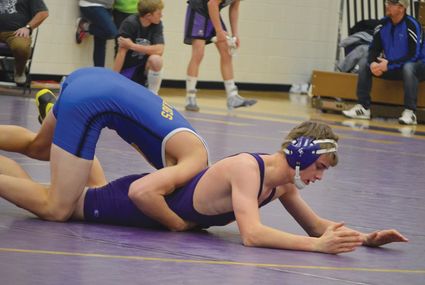 The Whitehall High School wrestling team showed home fans they will be a force to be reckoned with during the 2018-19 season.

Competing at the annual Whitehall Duals Tournament, the Trojans squad went 5-1 on their way to a third-place finish. Whitehall's only loss at the tournament was 38-31 in the semifinals to North Fremont High School out of Ashton, Idaho. The Trojans defeated Jefferson High School in the third-place match.

"With 21 teams competing, we were very pleased with the third-place finish," assistant coach Steve Sacry said. "It was also notable that we gave the eventual champ...