Gov. Steve Bullock is once again proposing Montana launch a state-funded preschool program for those who cannot afford private pre-kindergarten programs for their children.

The governor included a $30 million grant program to support high-quality preschool programs supplied by public schools, community-based providers or head start programs in his budget ahead of the 2019 legislative session.

It is the governor's third attempt at state-funded preschool, but the first to benefit from the results of a pilot project in communities around the state. In 2017, Bullock introduced a preschool grant program proposal, which would have supplied $12 million for Montana families who cannot afford to send their kids to preschool. He had proposed a $37 million program in 2015 that the legislature rejected.

Although the proposal in 2017 did not fly, the legislature did approve a $6 million, two-year pilot program called STARS.

The pilot reported that their program for 300 students filled and another 300 were left on the waiting list in communities around the state. Of those children admitted, there was a 21 percent increase for school readiness and growth shown in social and emotional areas.

"This report shows that hildren in publicly funded preschool classrooms are not only ready for kindergarten, they are receiving a foundation that will better prepare them for success for the rest of their lives," Bullock said at the time of the report release. "I encourage every state legislator to visit a STARS preschool classroom and see first-hand the difference it's making for our kiddos, for our communities both urban and rural, and for our economy that's depending on the workforce for tomorrow."

Despite the glowing endorsement from the governor, the expansion of a state-funded preschool program seems a tall order.

Rep. Peggy Webb, R-Billings, has not seen the results of the STARS program, but already said she opposes creating a state-run preschool system, but may be open to a scholarship proposal.

"In towns with private preschools, I would rather see a scholarship program for those that cannot afford to send their children to preschool, rather than the public schools offering free preschool to all children," she said.

Webb also said public schools are already overcrowded, and requiring those same institutions to offer preschool to all children would compete with the existing preschools.

But education advocates are pushing the idea as the session prepares to open. Eric Feaver, president of the Montana Federation of Public Employees and long-time head of the Montana teachers' union, supports the Governor's proposal.

"Public pre-K schooling opportunities available to all Montana 4-year-olds all across our state would be a great step forward in preparing our kids of their K-12 school years and lives beyond," Feaver wrote in an email, adding the investment is, "worth every penny and more."

Montana is one of only six states that do not offer a formal state-supported preschool program. According to research from the National Education Association, not only does pre-kindergarten programs help better prepare children for school, it reduces future crime. The report also found that 4-year-old participants saw greater improvement in literacy, math development, and language.

Feaver noted that it took years for Montana to provide public kindergarten for all Montana kids, and now almost all attend kindergarten and he said the public employees union "will do what we can to help pass the governor's proposal through the next session."

The governor's proposal already has advocates among the session's Democrats. Sen. Bryce Bennett, D-Missoula, said he strongly supports the proposal, arguing, "investing in kids at an early age ensures we give them every opportunity to succeed in this economy." 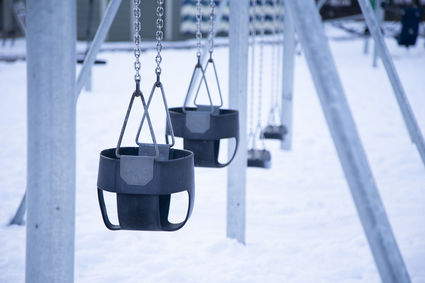 But the proposal has faced important opponents in the past who will likely oppose it this session. During a hearing in 2017, only one group publicly opposed the bill, Americans for Prosperity in Montana. David Herbst, state director for AFP, the conservative powerhouse funded by the Koch Brothers, opposed the legislation, saying, "This is a case of government creating a problem and then instituting more and more solutions to try to solve the problem."

The proposal will need to convince Republicans in both the House and Senate to disagree with AFP and with the fate of the Medicaid expansion that serves some 100,000 Montanans likely to dominate the session, Montana's fledgling state-supported preschool program faces a decidedly uncertain future.

This story was produced by students reporting for the Community News Service, a service of the University of Montana School of Journalism. Editors with questions should contact reporter Caitlyn Patel (caitlyn.patel@umontana.edu) or Lee Banville (lee.banville@umontana.edu.)