With Christmas falling on a Tuesday in 2018, I really needed to be on top of things so that I could have the newspaper sent to the printer by early on Christmas Eve.

On a normal week, I will usually have the pages ready to go by early Tuesday afternoon, but in order to spend time with family I needed to make sure they were done last week by early Monday morning.

I knew to accomplish this I would have to spend my weekend working which is nothing out of the ordinary, so I woke up early Saturday morning to get a few hours in. Eight hours later I had not only wrapped up all the stories, I had placed all the ads of pages, and built all of the pages. I barely moved from my desk at home with the exception of a restroom break or getting more coffee. I think by about hour six 50 percent of my blood was Folgers and while a little jittery it helped me whip through my long list of tasks.

I was able to get enough done that all I needed to do on Christmas Eve was tie up a few loose ends, print out and edit the pages, then send to the printer. It should have been no more than two hours in the office, but it would turn into an all-day affair.

The first hour went smooth, I spent time reading pages and was ready to make corrections when my page building software informed me there was a major error with my file. I quickly tried to save it, and when that would not work, I tried to copy the entire paper so I could paste it into another file. Neither worked, the program stopped working and once I opened it again, it told me the file was damaged and could not be opened.

My first reaction was pure terror. It was getting close to 11 a.m. and I just wanted to be home, not messing around with computer problems. I started to investigate the problem and error code online and that wasn't much help. I finally found a forum where people had the same issue and there was a solution. There was a company that could fix it, you just needed to send the file to them, but it would come at a price. The company had rave reviews, so I got online and was willing to spend a few bucks to get me home to start on Christmas Eve dinner. Long story short, it would have cost about $500 to remedy the issue and that was way out of my budget.

I'm not sure if I wanted to scream or cry, and I think at some point I probably did both.

The only thing I could do is to recreate what I had already built, and luckily, I had pages printed out to give me a guideline.

It was a grueling process and it turned me into far more "Scrooge" than "Santa". I was able to build the paper again in about two hours. It wasn't quite the same, but at this point I just wanted to go home. I probably would have finished about a half an hour earlier, but I was saving the pages about every five minutes in about three different locations. I wasn't not going to let this happen again, because if it did, the computer might have been thrown through the window or I would have been working till Christmas. 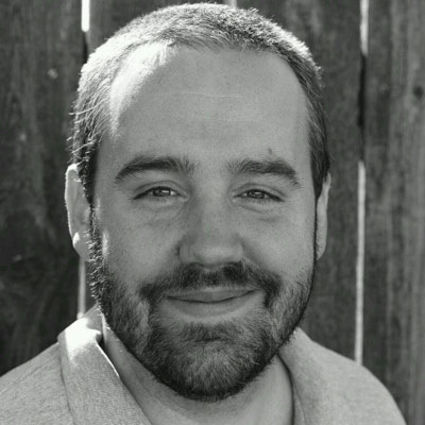 The paper was finally done around 2:30 and I was able to get home and start on dinner. I figured after my supreme skills at page building, I would end up burning the prime rib, but it actually turned out great and it was a wonderful Christmas.

One minute after walking into the office on December 26, we were informed there was an issue with the file I had sent to the printer. It turns out there was a file on one of the pages that was causing the issues. I was mortified that the paper would never end up getting fixed, but it was a quick fix unlike two days before.

I'm hoping by the time this column is printed there have been no issues with page building and the holidays and if not, look for a computer outside the window.