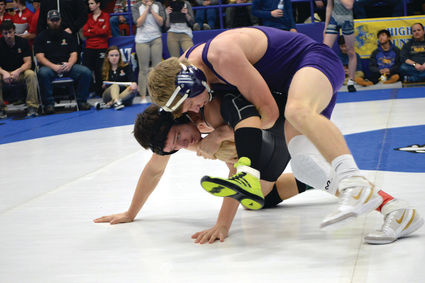 It was an amazing day of action last Saturday for the Whitehall High School wrestling team.

Competing at the Southern B/C Divisional Tournament in Townsend, the Trojans finished third as a team, had three individual champions, and qualified nine wrestlers for this week's state tournament in Billings. The top four finishers in each weight class qualified for state.

"I am proud of their third-place finish. It is exciting to take nine from the team to the state tournament this week," he said.

Gaten Wassberg finished first at 170 pounds for Whitehall. After a bye in the quarterfinals, he won his semifinal match by pin over Garrit Weeda of Manhattan. Wassberg won a thrilling match in the finals by fall at the 2:38 mark over Will Lane of Townsend.

Dawson Powers finished in second place for Whitehall at 113 pounds. He went 2-1 at the tournament with both wins by fall.

Mike Wilkinson finished in second place for Whitehall. He won three consecutive matches before falling to Johnson in the finals.

Trentin Walker finished in third place for Whitehall. He had four wins at the tournament including a win by fall over Sam Lane of Townsend to finish third.

Alleck Holloway finished in fourth place for Whitehall at 120 pounds. He qualified for state with a win by fall over Michael Mitchell of Boulder in the consolation semifinals.

Dallen Hoover finished in fourth place for Whitehall at 152 pounds. He won three matches at the tournament.

Jimmy Best was the ninth state qualifier for the Trojans. He finished in fourth place and qualified for state with a win by fall over Preston Nitshke-Love of Great Falls Central. Sacry said Best was quite focused and capitalized on mistakes of two of his opponents to score upsets and qualify. 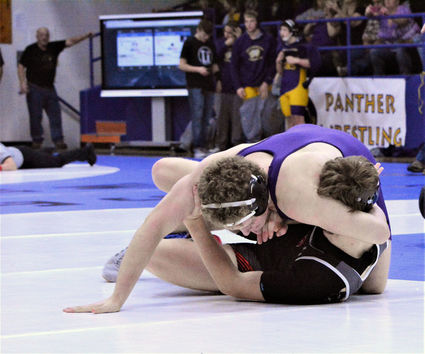 Gaten Wassberg captured the 170 pound title at the Southern B/C Divisional Title.

Garrison Robertson (160), and Jamus DuBois (170), each finished in sixth place and picked up a victory for the Trojans.

Gage McMillan also picked up a win for Whitehall, and Brody Becker also competed for the Trojans. Tommy Emerson and Riley Forcella were unable to compete due to injury.

Sacry said it was disappointing not having Emerson wrestle because had has worked hard this year and shown a lot of improvement.

He said the wrestling from McMillan became smoother and more consistent recently, and that bodes well for next year. Sacry said Becker learned a lot about the mental aspect of wrestling and that will carry into next season. He added Robertson has developed a new confidence and intensity this season that could funnel into success next year and DuBois has found a real love for the sport and it will be fun to see where his dedication takes him.