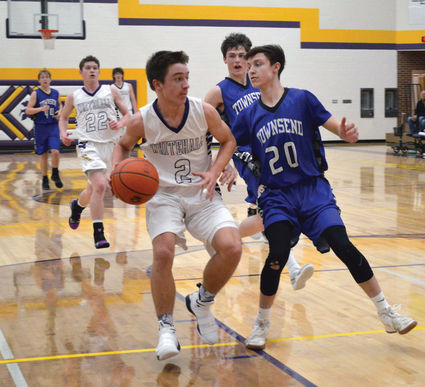 Brendan Wagner had eight points for the Trojans in a 56-31 Tuesday night win over Townsend.

The second verse was far different then the first for the Whitehall High School boy's basketball team.

After losing on the road 46-32 to Townsend on January 11, the Trojans were the far superior team in the rematch picking up a 56-31 home win Tuesday night.

"They came out focused and ready to go. I feel like they came out with a chip on their shoulder from what happened the last time in Townsend," Head Coach Zach McLean said.

Whitehall (7-7, 5-5 5B District) would come out of the gates quickly and built an early 19-3 lead sparked by two three pointers from freshman Brendan Wagner and strong...