Season comes to an end for Trojans 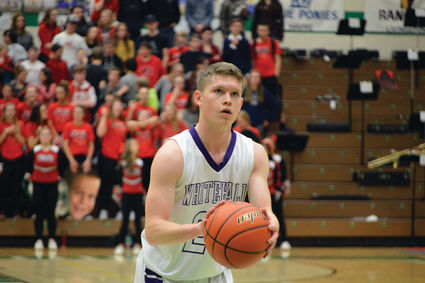 Senior Cade Briggs lines up for the free throw against Three Forks.

The Whitehall High School boys basketball teams season ended last week with a 50-35 loss to rival Jefferson in the consolation championship of the 5B District Tournament.

"It is a great group and I am proud of every single one of them. They taught me a lot, it just didn't end the way we wanted it to. It was a tough year with a lot of adversity, but those kids stuck with me. They did everything I asked of them," he said.

The Trojans opened the tourname...