James C. Miller, age 62, passed away in the early hours of February 21, 2019 at home on the family ranch in Silver Star, MT. James had courageously fought a heart condition for several years.

James was born February 13, 1957 in Sheridan, MT. He was the oldest of seven children and always made sure to remind his siblings of the fact.

James attended school in Dillon MT and Butte MT, graduating from Butte High School in 1975. After graduation James returned to the family ranch where he enjoyed life everyday until his passing. James had several passions in life; caring for his chickens, getting the mail, and sporting events – where he always cheered on his Twin Bridges Falcons. He competed in Special Olympics and participated at the Butte Sheltered Workshop. He enjoyed camping and special get-togethers. But nothing compared to his passion for family and his unwavering faith. James knew exactly where he would be after his time on earth. 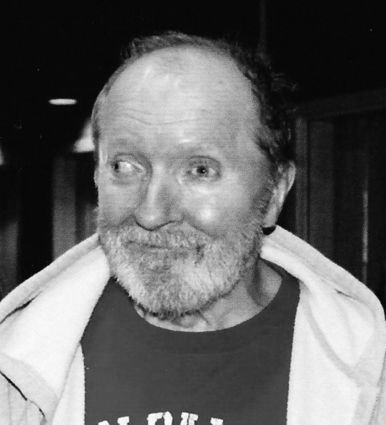 Jim held a special place in many peoples' hearts and touched many peoples' lives during his life. He loved unconditionally, could remember someone's name after only meeting them once and could make someone smile, even on the worst day.

James is preceded in death by his biological father James Mercer, his maternal grandparents, his paternal grandparents and his brother in law. James is survived by his mother Patty Miller(Nikles), his father Charles Miller, siblings Kathy(Terry), Jo Ann, Darin(Jessica), Leonard(Christie), Michelle(Paul), and Josh and many nieces and nephews lucky to have called him Uncle Jim.

Jim, you will forever be in our hearts.

Memorial Services for James will be held at 11am on Saturday, March 2, 2019 at K&L Mortuary in Twin Bridges MT. Reception will follow at the Twin Bridges Senior Center.