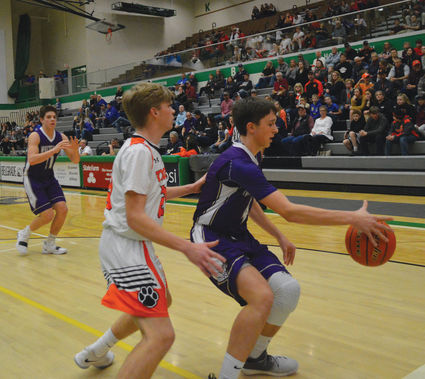 Hayden Hoagland will be one of three returning starters for the Whitehall High School basketball team.

Throughout the 2018-19 season, the underclassmen on the Whitehall High School boys basketball team showed a great deal of promise.

The Trojans will return three starters next year in Hayden Hoagland, Dylan Smith, and Brendan Wagner.

After finishing the season 8-13, head coach Zach McLean said they will have a nice core returning that is aware there is work to be done and is hungry for more.

"Hayden, Dylan, and Brendan got thrown into the fire right away, probably not roles they felt like they were going to have coming in. I'm really proud of those three from the start to finish," he said....