A few weeks ago, I wrote about how karma may have played a part in two wonderful spills I had while walking around town. After another horrifically embarrassing fall inside of a school on my way to a building, I'm beginning to think that it probably has far less to do with karma and more to do with the fact that I am a klutz and it is only getting worse as I get older.

My two wonderful escapades on the snow and ice were one thing, but my predicament inside was a whole other level of not being able to go a month without some sort of random spill.

I was on my way to cover the school board meeting at Three Forks High School and I was happily walking down the hall with my laptop bag in hand and not a care the world. This would change in a heartbeat.

I'll be the first to admit that I wasn't paying the best attention and had just wrapped up a conversation when I increased my speed, so I'd be able to get to the meeting room and snatch a quality seat. The room isn't that big, so since I was going to be typing up my notes on a laptop, I wanted plenty of elbow room.

My feet ended up getting caught on some sort of weird gate thing that I believe may have separated buildings and it sent me flying in the air. While by no means was I soaring through the air like Michael Jordan, but it was as probably as high I'd made it off the ground since high school.

The laptop bag went flying down the hallway and right before I face planted, I was able to catch the weight of my body on my hand, most of my 200 pounds crashing down onto my thumb. It made quite the noise and when I got up back up and couple people were looking at me stunned.

I was horrified and could do nothing but walk over the laptop bag and proceed to the meeting.

When I walked inside, I was hiding the pain from my thumb and it was excruciating trying to type the notes. It probably looked like I was trying to hold in gas, but I was really trying to hide the pain.

The next few days were not fun at all. My thumb was twice the size and was about three different colors. Typing anything was a chore and I just wanted to be home and far away from my laptop.

While pouting about my thumb I realized how often this type of stuff happens and that I am a whirling dervish of disaster.

It made me think about my epic stair spill of 2018 and how there is still chocolate milk on my basement ceiling. I think most of the spills happen when I'm in a hurry or in this case not really thinking things through.

I was getting ready to binge watch a television show with Melissa and decided to make popcorn. Rather than put it in a bowl, I didn't want to worry about a dish, so I placed it on two paper plates and then grabbed a glass of chocolate milk. 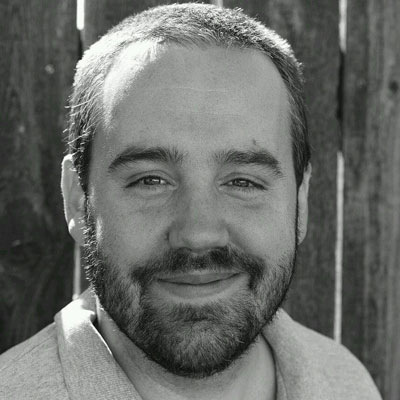 Not thinking at all I decided to make one trip rather than two. This was another stupid decision. About three-quarters of the way down the stairs I started to slip and could not catch myself. Popcorn was everywhere. It wasn't quite as bad as the time I once dumped cat litter on the stairs, but it took an real amount of effort to not only pick it up, but to find all of it. I'm still finding pieces. And not to mention that chocolate milk was dripping from the basement ceiling tiles.

I still never here the end of that epic fall and it is my own fault.

One of these days I'm just going to slow down, pay attention, and think things through.

The only positive about me always wiping out is that it makes for some pretty fun columns.