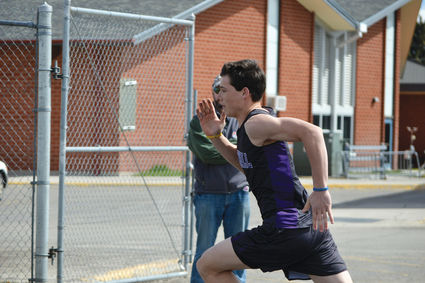 Flint Smith had a strong day for Whitehall. Ledger photo by Melissa Jenkins

It was a great start to the season for the Whitehall High School Track team with several strong performances at the Belgrade Meet in Bozeman.

"It was nice to be able to get out and compete. We had a great first meet and I was very happy with the outcome," said head coach Dan Lacey.

Robbins finished first in the high jump, and Smith was third in the shot put.

For the girls, Lacey said Madison Loomis and Katie Whitehurst stood out respectively in their events.

Whitehurst was first in the 400 meters, second in the...