Our View: Looking at future development 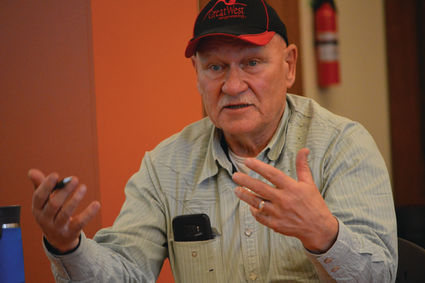 In the last few issues of the Whitehall Ledger, Jefferson County Commissioner has done an exemplary job discussing economic development and ongoing projects in his "State of the County" articles.

I'm very thankful to Commissioner Wortman for taking time to give Ledger readers a thorough look at various issues. In the articles he has mentioned several economic development opportunities and also addressed the issue during a meeting in Whitehall in late April.

Wortman was on hand for discussion about the impacts of the possible closure at the Golden Sunlight Mine.

While concerned about the loss of tax revenue, Wortman also had another way to look at the possible closure. He sees it as an opportunity. I think this is a great way to look at what has been a difficult subject matter locally.

It is certainly not good for the Whitehall area economy that the last mill run at the mine has been scheduled for later this month, but at the same time it is time to start growing the economy in other ways. 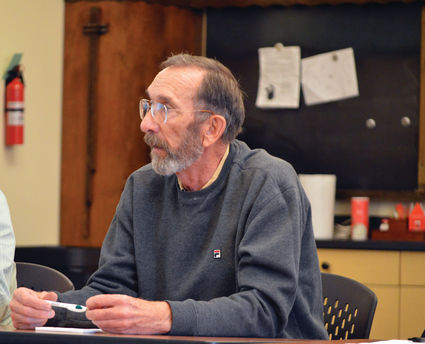 Ed Handl listens to ideas at a recent meeting about the Golden Sunlight Mine.

It may not be realistic to replace the number of jobs the mine had as recent as 2015, but it doesn't hurt to have that goal. The Jefferson Local Development Corporation has been huge with their help in downtown Whitehall including the Borden's Building, and with the Sunlight Business Park which has several tenants and may soon see an assembly plant for a wind developer.

Further development of downtown could be huge and there is a lot on Legion perfect for the right business or perhaps a place to bring the community together.

When the Montana Development Center in Boulder closed it was a huge blow for their economy. Instead of hanging their heads, local leaders and organizations like the JLDC acted proactively.

This is exactly what they will do in Whitehall and I cannot wait to see the results.