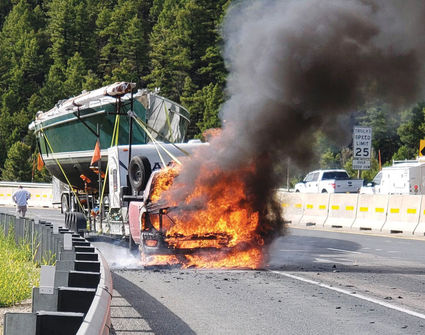 It was a busy week for the Whitehall Volunteer Fire Department.

According to Chief Jeremy Ward, the department responded to four fires, the first a truck fire Wednesday morning on Homestake Pass.

Ward reported the department was called out at 8:48 a.m. to a truck fire on the westbound lane of Interstate 80.

Melissa Jenkins with the Whitehall Ledger was traveling to Anaconda to pick up the newspaper from the printer when she saw smoke and pulled over when she realized it was coming from a truck. Jenkins said the driver was attempting to put out the fire with a small fire extinguisher but sto...