Jim was born in Glendive, MT on January 20, 1988 in Glendive, Montana to Richard and Jan Thorne. He had a strong love of sports participating in baseball, soccer, wrestling, football, and track. After graduating from Whitehall High school in 2006 he left for Glauchau, Germany. He was a foreign exchange student living with Ralf and Renate Schmidt for one year. Returning home from Germany he went to The University of Wyoming majoring in physical chemistry. He was able to get a grant after his sophomore year for a summer to work with his advisor Bruce Parkinson on solar energy, which became his passion of study. Jim graduated from the University of Wyoming in 2012 with 3 publications in journals. In the fall he went to Arizona State University for graduate school until the passing of his Father Richard in Jan 2013. He took a year off from school and in Jan of 2014 Jim began graduate school at Boston College where his studies concentrated on solar energy. While in Boston Jim got the bug to start running. He ran several half marathons and even in the New York Marathon. After his 3rd year he was awarded 2 prestigious fellowships. He was awarded the DOE Office of Science Graduate fellowship and the Advanced Light Source Graduate in Resident Fellowship that lead Jim to live in Berkeley, Ca for 10 months. He was able to work on the synchrotron to coordinate his solar experiments from Boston College to take them to a higher level. He returned to Boston College to finish his graduate studies in 2017. On September 21, 2018 Jim graduated with his PhD in physical chemistry specializing in solar energy. During his time at Boston College Jim published in 15 papers and wrote 2 book chapters with 2 more papers still to come out. He was able to take some time off to spend with family and relax. In January of 2019 he left for his post doctorate studies at Imperial College in London, England where he was at the time of his passing on June 20th. 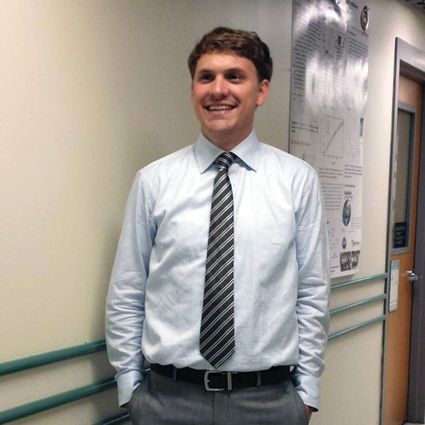 Jim will be greatly missed by all as he was very outgoing to all that he met. He had a great smile and a wonderful sense of humor that he shared around the world. Jim will always be in our hearts and live on in our memories.