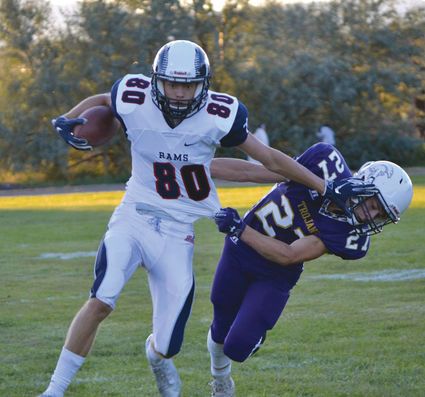 Whitehall's Tegan Robbins looks to make the tackle last year against Missoula Loyola. The two teams will meet up against in early September in Missoula. File photo

The Whitehall High School will have a difficult three-game non-conference slate to open their 2019 season.

The Trojans will be looking to return to the Class B Playoffs for the third time in four years and will open the season on the road August 30 against Cut Bank. It will be the first time they two teams have met since October of 2016 with Whitehall picking up a dramatic 17-14 overtime road victory in the opening round of the playoffs. The Trojans will open their home season September 6 against Shepherd before returning to the road for a September 13 matchup against state runner up and...