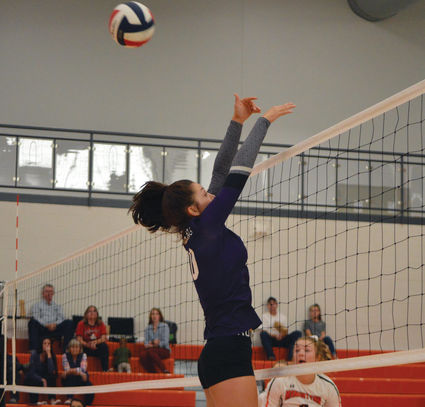 Maxine Hoagland goes for the block against Manhattan.

"The girls played so hard against Manhattan. Manhattan is a good team and all three games were really close," said head coach Kyla Simon.

On Saturday, Whitehall fell in five games against Lone Peak.