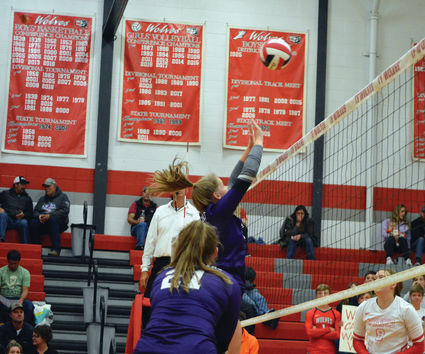 It was an incredible week for the Whitehall High School volleyball team.

The Lady Trojans were able to pick up a home win against Twin Bridges and won on the road Thursday in four sets against Drummond.

"It was awesome for the girls to get two wins last Tuesday and Thursday. They are improving week by week which is great to see," said head coach Kyla Simon.

The team also had a great deal of success at a tournament Saturday at Manhattan Christian.

Simon said it was a good day for the team.

"We are implementing some new things into our defense and are trying some new things on offense so it was nice to get to try those and work things out with a with a full day of playing," she said "We played pool play the first half of the day and then were seeded in to a bracket of six teams following that. The girls won their bracket! They finished the day so well and worked hard despite being tired from the busy week. We were the first game of the day and the last game of the day, so I'm glad their hard work payed off!"

The Lady Trojans will next be in action Thursday when they host Manhattan. Junior varsity action will start at 5 p.m. with varsity to follow. Whitehall will be on the road Saturday at Gardiner. 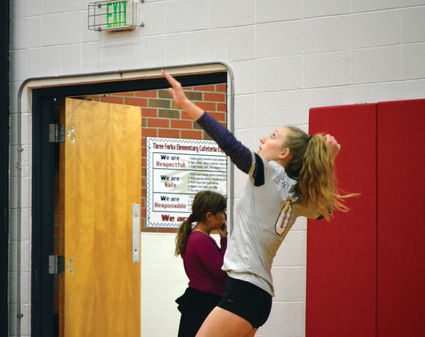 With around 100 kids enrolled from Broadwater County, the Three Forks School District is hoping to get their fair shake of any new taxes from the proposed Wheatland Targeted Economic Development District.

The board of trustees conducted a special meeting last week to discuss the TEDD district and administrators also attended a Broadwater County Commission meeting last Friday to address the concerns.

According to Montana Code Annotated 7-15-4279, the purpose of the district is the development of infrastructure to encourage the location and retention of value-adding projects in the state.

Three Forks Superintendent Jeff Elliott said the district would include a new brewery and amphitheater and the school district may not see any new taxes generated from the TEDD which could last from 15 to 40 years.

Elliott added they are not against the formation of the TEDD, they would just need the fair amount of new tax money raised.