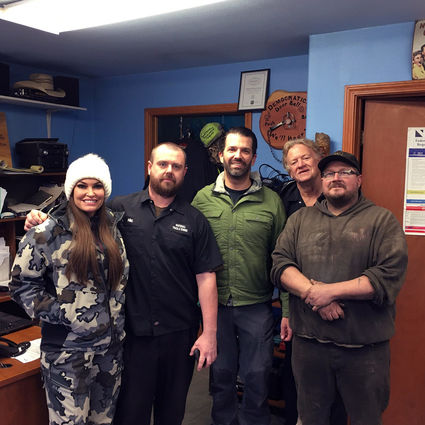 Local residents who have driven by Whitehall Truck and Towing are sure to have seen both the large United States and pro-President Donald Trump flags at the location on Montana Highway 55. The flags also recently caught the eye of a member of the "First Family" who stopped in to visit with owner Kevin Brunet and his staff.

"After seeing the flags, he just wanted to come to meet me. What are the chances of this, one in a million?" Brunet said.

Trump Jr. was in Montana elk hunting and on his way to Helena when he saw the flags and spent around 30 minutes at the business.

Brunet was impressed with his time visiting with Trump Jr.

"He was very humble and really a nice guy," he said.