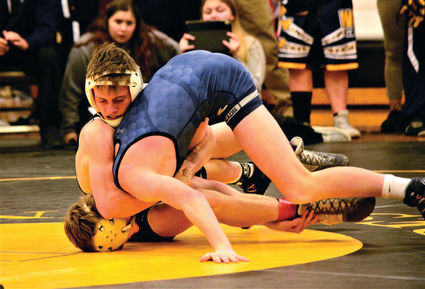 Mike Wilkinson is a returning state placer for the Trojans.

It was a well-rounded team effort last weekend for the Whitehall High School wrestling team with the Trojans finishing second out of 23 teams at the Cascade Badger Invitational.

Whitehall finished with 185 points, just one point behind Great Falls High. Broadwater was third with 166 points, Boulder was fourth with 142 points, and Columbus/Absarokee was fifth with 125 points.

Assistant Coach Steve Sacry said it was an exciting weekend the team did very well.

"With three of our seniors sick and a junior injured, the underclassmen stepped up nicely to help win the trophy," he said.