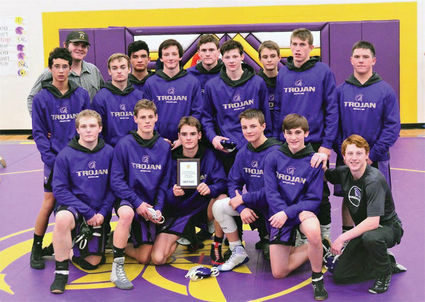 It was a phenomenal weekend for the Whitehall High School wrestling team.

The Trojans went a perfect 7-0 on their way to a first-place finish at the annual Whitehall Duals event.

"Once again, the wrestling team worked well as a team, supporting and encouraging each other to have a successful weekend," said Assistant Coach Steve Sacry. "I am very proud of the boys. It has been many many years since Whitehall has won this tournament in such a dominate fashion."

Whitehall opened the tournament in dominant fashion with a 66-12 win over the Helena Capital JV. Sacry said the team won every indi...