Plenty of positives for Trojans in 2019 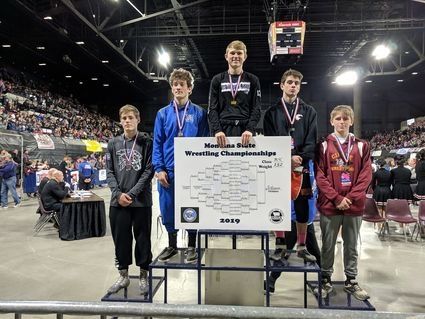 Connor Johnson was a state champ in 2019.

There were plenty of positives for Whitehall High School sports in 2019.

The highlight of the year came in February when senior Connor Johnson captured the 132-pound state title with a win by fall 46 seconds into his finals match against Nathan Schmidt of Eureka.

"Winning the state title is the greatest feeling ever. All the hard work paid off and I wouldn't have wanted it to end any other way," Johnson said.

Whitehall Head Coach Mark Nelson said Johnson's path to the title where he won all four matches by pin in the first period was the most dominant performance he has seen at state since...